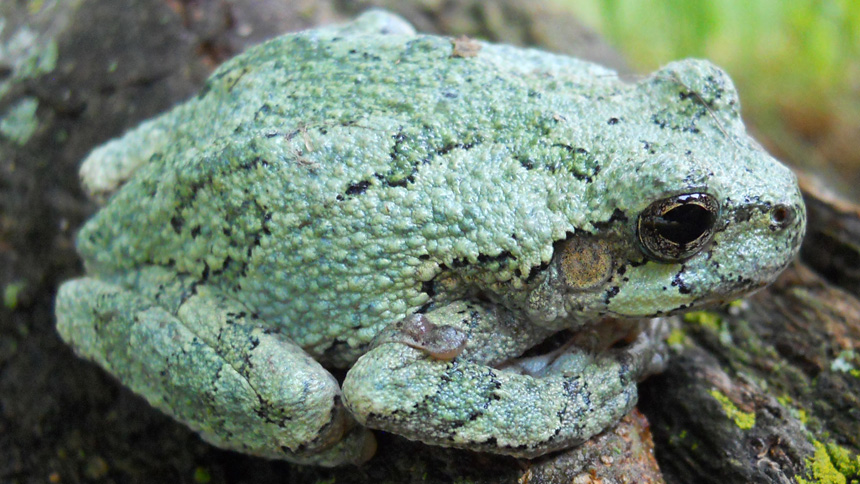 One of the most popular treefrogs is the Gray Tree Frog; the Hyla versicolor. These beautiful treefrogs have the ability to change colors; from a light gray to green and sometimes a brown coloration. They are easily one of the U.S. and Canada’s best-looking treefrogs and they’re fairly easy to care for. That’s what this page is all about; caring for Gray Treefrogs.

In this guide, I’ll show you the basic items you’ll need to set up their cage, what to feed them, and, if you’re interested, a short husbandry guide for breeding.

Gray Tree Frogs inhabit the Eastern United States and Southeastern Canada. They’re found in parts of Texas, Oklahoma, and all the states east of them. Their range extends up to Canada where they’ve been found in Ontario, Quebec, and other regions.

They’re typically found in forests, swamps, and wooded areas with nearby ponds, streams, and other bodies of water. Since this species is arboreal, they spend a great deal of their time in trees. And, as their scientific name (Hyla versicolor) suggests, they change colors to match their environment. 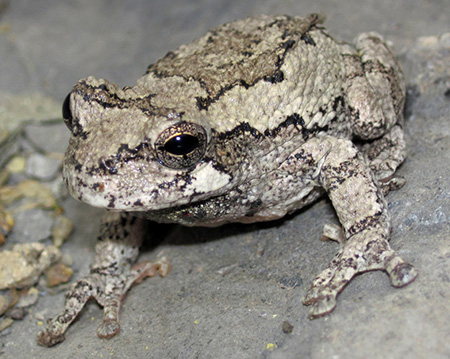 Gray Tree Frogs can change their colors from gray to green and even brown. They do this to blend in with their environment.

Setting up an enclosure for a Gray Tree Frog is fairly simple. This species isn’t picky but it’s always a good idea to give them the best habitat possible. As such, I suggest using a tall terrarium; something with more vertical space than horizontal space. An aquarium will work, but it lacks the vertical climbing space that treefrogs enjoy.

The size of the terrarium depends on the number of frogs you’re keeping. A 12″ x 12″ x 18″ terrarium will hold 1 – 2 while an 18″ x 18″ x 24″ terrarium will hold 4 or more. You can go larger if you like but it’s not required. Since these frogs are fairly small, a small enclosure works well. Many keepers place them in 10-gallon aquariums, which seems to work fine. If, however, you can give them a tall terrarium, you should; they will appreciate it!

Here is a list of the items you will need: 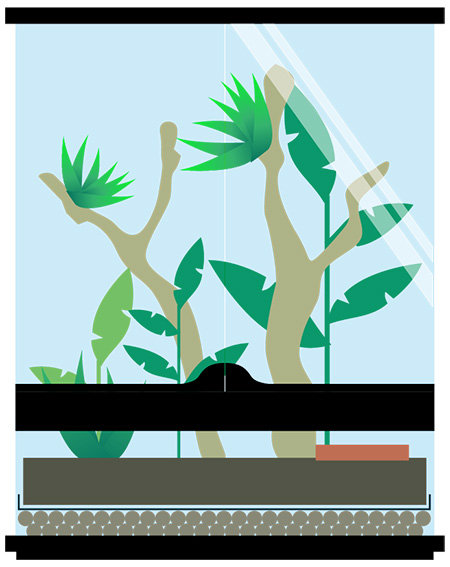 An example of a simple terrarium setup for arboreal species.

You’ll definitely want to place a bunch of branches and plants around the enclosure. Seeing as this is a treefrog, they will enjoy spending their time in the vertical spaces of their enclosure. Fake vines is also another way to create additional climbing places.

This species is nocturnal so a UVB light is not a requirement. You may, however, consider providing them a light under certain conditions. If their enclosure is inside a room which doesn’t have natural light from a window, you should provide a light. Also, if have real plants that require special lighting, you can provide a nice, low-powered grow light. Last but not least, if you need to raise the temperature of your frog’s enclosure to meet their needs, a light or a heat lamp are great options.

Gray treefrogs survive in a wide range of temperatures in the wild; anywhere between 50 – 90 degrees Fahrenheit and even freezing temperatures during the winter months. They seem to prefer a nice temperature gradient, ranging between 65 – 80 degrees. So, room temperature is a great starting place.

If your house is anything like mine, we like to keep the temperature between 70 – 72 degrees and slightly cooler at night. These temperatures work great but, with a small heat lamp or incandescent light bulb, it can be made better! Place a small basking light over their enclosure and check the temperature at the top the cage. You’ll want to aim for 77 – 80 ° F at the very top. The bottom of the enclosure should be room temperature, around 70 – 72 degrees. This creates a nice temperature gradient from the top to the bottom, giving your frog the option to move to their preferred temperature spot.

Provide plenty of hiding places, especially if you’re using a bulb to heat the top portion of the enclosure. Hiding places will allow them to escape direct sunlight as they see fit.

When choosing a substrate for your treefrog, you have several options. Even though your pet will spend most of their time in the vertical spaces of your enclosure, it’s important to use a substrate that retains moisture and something that won’t be harmful.

Aquarium gravel or sand may look nice but it can be impacted. Impaction occurs when small pieces of substrate are consumed by your pet while eating. The food is digested but the substrate is not. Over time, the build-up of small gravel in your tree frog’s gut will be harmful and often results in death. Due to this, avoid using small gravel, sand, and other particulate substrates.

I suggest using a coconut husk fiber substrate like plantation soil or eco earth. Soil mixed with unfertilized vermiculite and peat moss works great too. Just be sure you’re not using anything with fertilizers or other chemicals which can be harmful to amphibians.

As with all amphibians, Gray treefrogs absorb water through their semi-permeable skin. Because their skin is so delicate, you should do your best to avoid using water with toxins and chemicals. Tap-water, for example, often contains chlorine or chloramine. These chemicals are used to clean water and they’re harmful to frogs.

With that in mind, place a shallow water dish on the bottom of your frog’s enclosure. It doesn’t need to be very deep. Ensure the water dish is filled with clean water at all times and clean the water every-other-day or as needed.

Most nocturnal frogs feed at night but with this species, they seem to eat at all times of the day. Having said that, I recommend feeding them just before the lights turn off in their enclosure. Or, if you’re not using a light, during the evening time as the sun is going down. 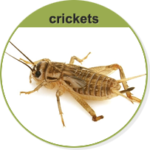 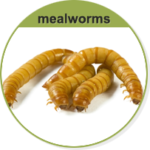 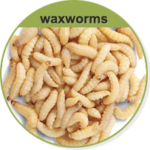 They eat a variety of insects in the wild. In captivity, it’s not plausible to feed them such a wide variety. Stick to what’s easily available; crickets, mealworms, waxworms, hornworms, etc. Large mealworms are fine, provided your Gray Tree Frog is full-grown. Also, I recommend “gutloading” your crickets before giving them to your frog. Doing this boosts the nutrients within the cricket which, when eaten, helps keep your treefrog happy and healthy.

This small variety of insects won’t be enough to provide your pet with all the nutrition it needs. Due to this, you should dust their food with supplements. Calcium is needed to maintain healthy, strong bones and a vitamin and mineral supplement is needed too.

Gray treefrogs actually hibernate during the winter months, when temperatures drop to freezing. Because of this, it can be difficult to mimic a winter/spring cycle in order to prompt your frogs to breed. Simply having a male and female in the same enclosure rarely leads to reproduction. Hence the reason for cycling or recreating the winter and spring environments.

This species is entirely capable of hibernating. As such, many people actually place them outside during the winter months, only to bring them back inside during springtime. Indoor terrarium setups are typically similar to the conditions of spring; having temperatures in the low 70’s, moderate humidity, and 12 – 14 hour light cycle.

I don’t advise putting your frog outside for the winter, at least not without proper research and planning. Having said that, I won’t be adding a guide for that here; I won’t take responsibility for it because I don’t have the first-hand experience. Instead, I’ll encourage you to first try a method that doesn’t require as much preparation and doesn’t require leaving your frog outside all winter. If you’re not successful in the end, perhaps you should research the method found here.

The first step in breeding is to determine if you have a male and female. To do this, inspect your treefrogs for the following traits. Females are larger than the males, growing between 1.75 – 2.5 inches in length. Also, they tend to have a white coloration around their throat and they don’t call or ‘croak’. Males, on the other hand, usually grow between 1.25 – 1.5 inches in length and often call during the mating season. They usually have a dark brown or gray throat.

The best method for breeding this species is by ‘cycling’, which is the replication of their normal environment. The goal is to mimic a winter and spring season by manipulating the temperature, humidity, and rainfall.

Decrease the temperature within the enclosure for 10 – 15 degrees for 2 – 4 weeks. During this period, increase their night time to 12 – 14 hours a day and stop misting their enclosure. So long as they have a shallow water dish with clean water, they will be fine.

With any luck, the change in humidity, temperature, and light will be enough to get your Gray treefrogs to reproduce. You should hear the male(s) start calling and, if you’re successful, you will find them in the amplexus position. In amplexus, the male grasps the female around the torso; eggs are passed through the female’s cloaca and the male fertilized them outside the body.

Once the eggs are laid, they should hatch in 48 – 72 hours. From there, it will take up to 7 days for the newly hatched tadpoles to absorb the yolk around them and begin swimming. Also, I suggest separating the eggs into another container before they hatch, if possible. Putting them into a large storage container with 3 – 4 inches of dechlorinated water at room temperature will suffice.

Once the tadpoles begin moving around, you should start feeding them an aquatic frog & tadpole food, tropical fish food pellets, or whatever you prefer to feed tadpoles. Feed them daily, about as much they will consume in 3 to 4 hours and remove any excess food left over afterward. Perform partial water changes every other day with room-temperature water. Also, splitting the tadpoles into smaller groups in separate containers will prove to be more manageable! Do this as you see fit.

Continue this process until their legs are clearly visible. At this point, it’s recommended that you leave them in a container with very shallow water. Some keepers slightly tilt their enclosure, giving the little froglet access to land.

The metamorphose should take between 3 – 4 months. You can now move the juvenile Gray Tree Frogs into a terrarium and begin feeding them pinhead crickets or fruit flies dusted with supplements.

Most frogs don’t like being handled but it’s perfectly fine to transfer your pet from one container to another. After all, you will need to clean their enclosure from time-to-time. Do your best to limit the amount of time spent handling them and when you do, clean your hands first. Leave your hands slightly damp and be very careful not to stress your treefrog!