If you’ve spent any time near a body of water during the spring and summer months, chances are, you’ve seen little tadpoles swimming around. They can be found in rivers, ponds, creeks, and even puddles; you can find them in nearly any body of water during certain times of the year.

These interesting little creatures are on their way to adulthood. The tadpoles themselves, if you’ve seen them swimming, have successfully hatched from eggs and they’re currently in transition to becoming little froglets and eventually juvenile and full-grown, adult frogs (or toads).

There are many fascinating things about tadpoles and that’s the reason for this page! I’ve listed 10 of the most interesting facts below! I hope you enjoy.

1. Bullfrog Tadpoles Can Grow as Long as a Banana

It sounds false but I assure you, it’s true. Bullfrogs are some the world’s largest frogs so it’s no surprise that their tadpoles would be big too. While it’s not common for a bullfrog’s tadpole to grow bigger than a banana, it does happen!

In fact, researchers at Southwestern Research Station discovered a giant tadpole during their initiative to remove invasive bullfrogs from certain ponds. As you can see from the picture above, that’s a giant tadpole!

So, what exactly is a polliwog? It’s just another name for a tadpole! The meaning is derived from English word ““. “Pol” meaning “head” and “” meaning “to wiggle”.

When you see tadpoles swimming around in the water, it’s important to know that they didn’t start their life like that. During the mating process, female frogs typically lay their eggs while the male frog fertilizes the eggs outside of their bodies.

Those little eggs are either clumped together or attached to one another in a long string (depending on the species that laid them). The eggs are a jelly-like substance that provides nutrients for the tadpoles. Once the little tadpole inside the egg is big enough, the eggs hatch and the tadpoles are free.

Some tadpoles remain motionless for several days following their hatching. Don’t worry if you happen to see a one motionless in a pool of water. Chances are, it just hatched. It should be swimming around within a few days.

4. Poison-dart Tadpoles Ride on Their Mother’s Back

This fact is about a certain type of species; the poison-dart frog. As the heading implies, their tadpoles actually ride on their mother’s back (for a short period of time).

The life cycle of a poison-dart frog is quite unique. Once mating is complete, the eggs are laid on the jungle floor substrate. The father guards his young until they hatch into little tadpoles. At this point, the mother returns to care for her young. This is the part where they ride on their mother’s back.

5. They Use Gills to Breathe

Tadpoles use internal or external gills to breathe during this stage. As metamorphose happens, the gills are swapped out for lungs as the tadpoles transition into young frogs.

6. Frogs Lay Thousands of Eggs at a Time

As we’ve learned already, tadpoles hatch from little jelly-covered eggs but did you know that some frogs are capable of laying thousands of eggs at a time? It’s true. The common toad, for example, is known to lay between 3,000 – 6,000 eggs per clutch (a group of eggs).

Many of the eggs will be eaten by fish. As they hatch into little tadpoles, some of them will suffer the same fate. Eventually, many of them will transition into little froglets and grow old enough to reproduce.

This fact isn’t as interesting as the others but it’s important to cover the basics. Tadpoles eat a variety of foods including plant, larvae, and algae. Some, however, are omnivores, feeding on decomposed animals. Raising tadpoles (or ) in captivity is fairly easy.

In captivity, young tadpoles can be fed lettuce, fruits, vegetables, or specialized tadpole foods. tadpole food is available in most pet stores or anywhere fish supplies are sold.

I explained the unique behavior of a poison-dart frog in fact #4 – this one is just as interesting. You see, while most frogs and toads won’t stick around to care for their offspring, some of them do.

It’s not just the poison-dart frogs that protect their young. Glass frogs, Suriname toads (more about them below), and Darwin’s Frog (Rhinoderma ) also protect their offspring.

How Darwin’s Frogs protect their tadpoles is much different than other frogs, though. Strangely enough, male Darwin’s frogs actually swallow their own young and store them in their vocal sacs! They’re ingested as eggs, hatch into tadpoles, and morph into little froglets before their dad spits them out into the world.

Here is another fact that only pertains to a certain type of tadpole. The species is the Pipa pipa, also known as the Suriname toad. Now, these toads are quite unique in appearance but it’s the behavior with their young that really sets them apart.

First things first, let’s address their strange appearance. Suriname toads are mostly flat and they spend most of their time in the water. Due to their coloration and flat-shaped appearance, they look like a fallen leaf. This camouflage makes it difficult to see them in a stream or pool of water.

If their appearance wasn’t fascinating enough, the means in which they protect their tadpoles is even more so. It’s actually kind of creepy. You see, during the mating process, a female Suriname toad releases eggs through her cloaca and the male toad fertilized them and embeds the eggs into the mother’s back! The eggs stay there until they’re little toads, at which point they emerge from their mother’s back and begin life on their own.

It stands to reason that poison-dart frogs would produce offspring that are poisonous too, right? Well, it’s true. Although the reason why is an interesting fact worth knowing. The reason this is interesting is frogs are only poisonous because of their diet.

Poison-dart frogs (aka poison arrow frogs) sequester an alkaloid-based chemical from various insects in the wild. If you take away the specific types of foods they get their poison from, the poison-dart frog is no longer poisonous. In fact, they’re some of the most popular amphibian pets because of that reason. T virtually harmless in captivity as long they’re fed a diet that doesn’t allow them to produce toxins.

The tadpoles are poisonous because their mother is able to pass along the toxin through the unfertilized eggs she feeds to the tadpoles! 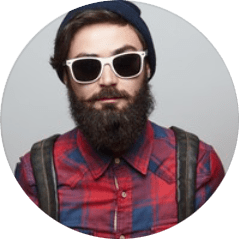