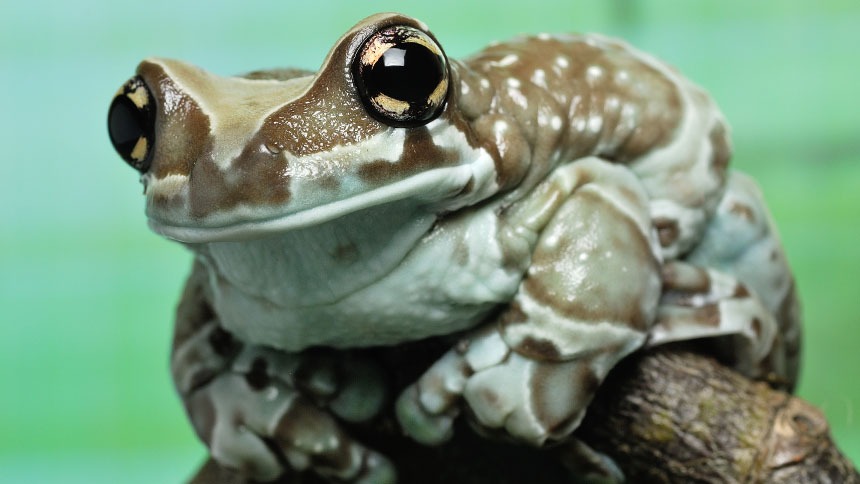 How Long Do Frogs Live?

Frogs are capable of living long lives. How long they live depends on several factors. Wild frogs deal with the environment, predators, and loss of habitat. Captive frogs are at the mercy of their keepers.

But you already know that. The reason you’re here is to get some real numbers and that’s precisely what I’ll give you.

In the section below I listed 17 different species of frogs and how long they can potentially live. Some of them (the larger numbers) are based on reports from how long they live in captivity. The smaller ones are mostly the wild frogs that typically aren’t kept as pets.

The short answer to how long frogs can live is: The lifespan of most wild frogs varies between 3 – 6 years. Pet frogs tend to live longer lives ranging between 10 – 20 years. Credible sources report some living up to 40 years old.

Out of the 17 frogs listed below, the average lifespan is 15.61 years. This combines different species and those which are kept as pets and those that aren’t.

The Lifespan of 17 Different Frogs

Keep in mind, these numbers vary from source-to-source and they’re not 100% accurate.

I feel like I should emphasize that these numbers aren’t set-in-stone. What you’re seeing are mixed numbers between captive and wild frogs.

For example, the average lifespan of a Red-eyed Tree Frog is roughly 5 years in the wild. That same frog could live 12+ years in captivity if cared for properly.

Whether you’re for or against keeping animals in captivity, pets tend to live longer lives. At least that’s the case when it comes to reptiles and amphibians.

The reason for this is simple. In the wild, frogs have predators and they’re subject to the elements. Food can be scarce at times. In captivity, life is great and food is plentiful.

Under proper care of a knowledgable keeper, there is little to no risk of life and the pet has a seemingly unending supply of food. With this in mind, it’s easy to see why frogs live longer in captivity.

Chris Humphrey is the proud parent of a White’s Tree Frog which he says is 40 years old (in 2017). This means his elderly hopper is roughly 43 years old at the time of writing this (if he’s still alive).

“Fred” was rescued from a toilet block in Coffs Harbour sometime during 1977 and he’s been well taken care of ever since.

Now, Fred may not be the oldest frog in the world but he’s exceptional by most standards. I mention this particular frog because it’s well documented.

I’ve seen claims of 30 to 40-year-old frogs across the internet and I believe some of them. Speaking of, we received a comment a few weeks ago from a kind lady named Jennifer who has a 32-year-old African clawed frog.

It was very insightful. Jennifer explained how the novelty of keeping an aquatic frog has worn off and that an aspiring owner should consider the length of life before getting one as a pet. I couldn’t agree more.

Anyway, back to Fred. As far as I know, he is still alive. I wasn’t able to confirm this because all the articles I found were about his 40th birthday.

The maximum age of a frog (or toad) is hard to measure. We know some species can live up to 40 years but this isn’t common.

The life of a frog in the wild is shorter. That’s because natural aspects like predators, droughts, and loss of habitat keep them from reaching their true potential.

Wondering how old a certain type of frog can live? I recommend researching that species. Each of them is different. Also, expect a frog to live longer in captivity than in the wild.

I hope this article was helpful! Feel free to leave a comment in the section below with questions or concerns.