Home → Learn → Do Frogs Have Backbones? 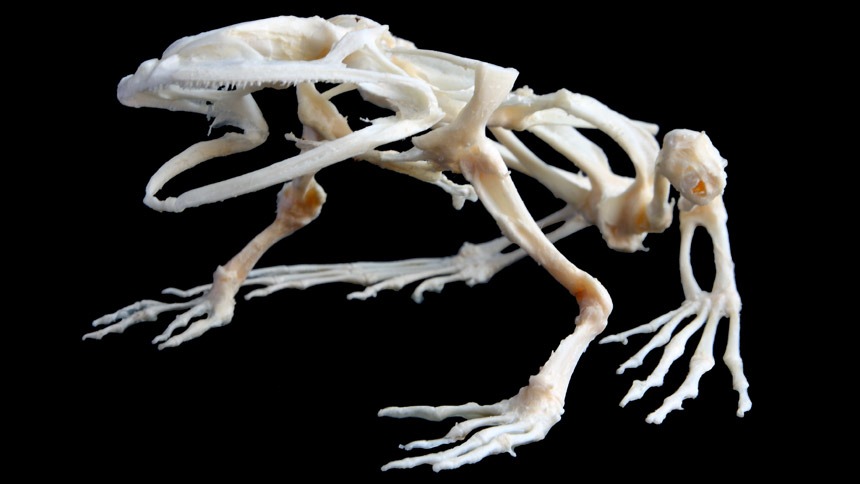 Do Frogs Have Backbones?

Do amphibians have backbones? The last time you needed to know this was most likely for your high school Biology class. And did you really care back then? Probably not. You just needed to pass the test at the end of the week. If you studied at all, you knew the answer was, “yes, amphibians do indeed have backbones”. So let’s take a look at the facts behind this answer.

The amphibian by definition is a cold-blooded, vertebrate animal that falls within a group that is comprised of frogs, toads, newts, and salamanders. Amphibians start out with a preliminary structure that does not much resemble their adult skeleton. The process of forming the skeleton and backbone is what makes the amphibian so interesting.

Metamorphose: From Cartilage to Bone

In order to understand the entire transformation of an amphibian’s skeleton and other body parts, let’s examine the life cycle of the frog as one example. What eventually becomes an adult frog begins as a mere egg, which hatches into a larvae.

In a short period of time, generally about a week, the larvae will become a tadpole. Tadpoles are fully aquatic beings. Meaning they live underwater only. They survive on a diet of algae and other plant life and resemble a fish more than a frog.

It is important to note at this point that not all larvae will become tadpoles, and not all tadpoles will become frogs. The food chain naturally dictates that a large number of the eggs and tadpoles will be eaten by other creatures, or will die off due to other natural means.

Depending on the type of frog, the tadpoles will remain in their aquatic form for six to twelve weeks. After that time, a process called metamorphosis begins. During metamorphosis, almost all of the tadpole’s organs have to change so that it can transform from an underwater creature to one that can live on land as an adult frog. Microscopic limbs begin to emerge. This occurs in a similar way as that which takes place in mammal embryos, but much later in the growth process.

Initially, tadpoles have tiny teeth they use to eat plants and algae which are plentiful in the rainy season. During metamorphosis, the teeth disappear, allowing tongue muscles to develop. These are the muscles we see adult frogs use to skillfully catch insects. Insects make up the frog’s meat-eating diet that replaces the tadpole’s original vegetarian diet. Also, the tadpole’s large intestine shrinks to accommodate the new meat-eating diet.

As the limbs grow, the tail disappears, and a frog-like face the skull transforms from cartilage into bone. At this point, a very small version of a frog is taking shape.

Finally, as part of one of the most fascinating stages of metamorphosis, the tadpole turns into what is considered a froglet. The tadpole gills required to live underwater, make way for lungs, which allow the froglet to live on land. The tail fully disappears and the result is an adult frog.

Now that we have an adult frog to examine, let’s look at some interesting facts about frog biology as they relate to humans. Although frogs don’t resemble humans in their outward appearance, humans and frogs have many similar organs. For instance, people and frogs alike, have a heart, lungs, a stomach, a pancreas, a liver, a gallbladder, and intestines. Likewise, human and frog bone structure is quite similar.

Human skeletons have four extremities. However, instead of two legs and two arms, as in humans, frogs have four legs. The bone structures are similar in that each extremity contains two sections. One bone that is closest to the torso, then a sort of bend, or elbow-type joint, and a second part of the extremity further from the torso.

Human arms and legs have one larger bone closest to the torso, with two bones at the end of the extremity that run parallel to each other, and work together. The frog’s extremity bones furthest from the torso are fused into a single bone.

The digits of the human and frog hands are similar as well. As we all know, human beings have five fingers and five toes. The frog has five toes on its hind legs, but generally only four fingers on the front legs. Most frogs have relatively long fingers.

Tree frogs have flexible fingers used for climbing, while aquatic frogs have webbed feet that are much better suited for swimming. Other types of frogs like to dig themselves into the ground. Their feet tend to be wider and shorter so they can be used as a shovel to move dirt.

Beyond their extremities, human and frog skeletons begin to show their differences. People, unlike frogs, have a neck. This allows them to move their heads separately from their bodies, providing the advantage of turning their heads to look to the side and behind them. The frog cannot do this. But the frog can compensate for the lack of a neck by having eyes that can see not just in front of them, but peripherally, and partially behind them.

An initial look at the frog skeleton appears to show a set of ribs just like humans have. But this is not the case. The horizontal bones across the torso of the frog are an integral part of the spine, while human ribs are attached to the spine by cartilage tissue.

Ever wonder how a frog can jump so far? The frog’s pelvis has the ability to slide up and down its spine. It’s like having a spring in his backbone.

By examining the life cycle of a frog, we can conclude with certainty that amphibians have a spine. A unique spine which is formed in a rather intriguing fashion.

I hope you found this page helpful! If you have any comments or , please use the comment section below. 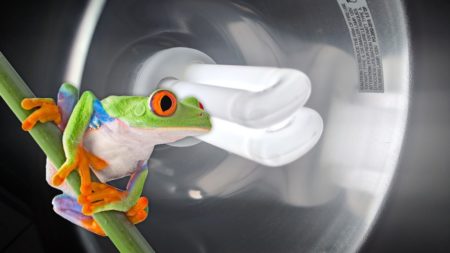 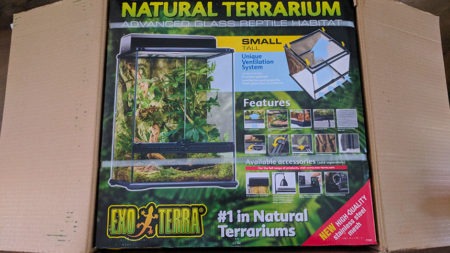 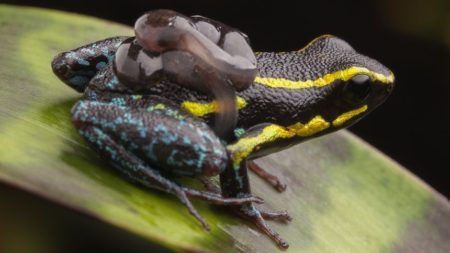 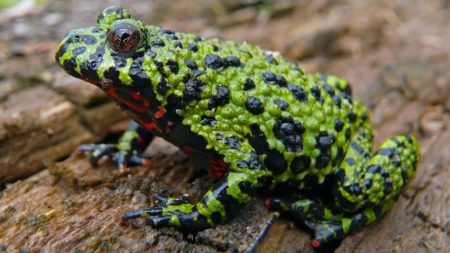 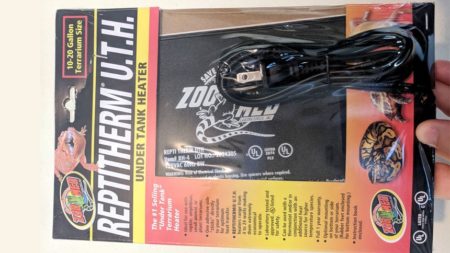